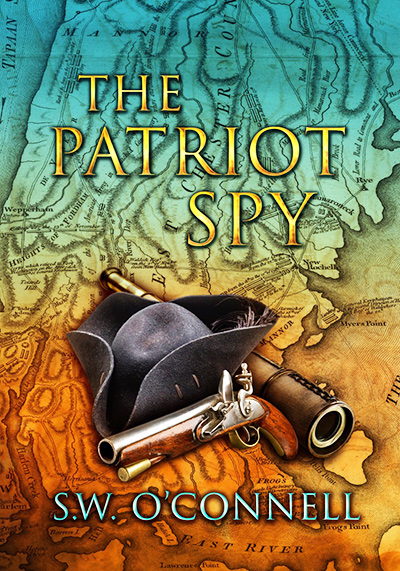 In summer 1776, George Washington’s forces are defending New York and Long Island from an anticipated British invasion.  The stakes of the rebellion had taken a decisive turn as the Congress just issued a declaration of independence, making this American Revolution now a war for independence and nation-hood as well as a war for the rights of the Americans.

After a short occupation of Staten Island, he British Army lands on Long Island, the beginning of a campaign to capture New York.  Lieutenant Jeremiah Creed, a recent immigrant from Ireland, leads a handpicked team from the elite Light Company, First Maryland Continental Line, one of Washington’s best regiments. The British, led by loyalist spies, discover an unprotected pass that enables them to march around the flank of the American forward defenses and cut them off from the rest of the Army.  After a heroic resistance against British and Hessian troops, Jeremiah Creed leads the remnant of his company to the safety of Washington’s main defenses outside the village of Brooklyn.  Washington witnesses his heroism and marks him for future ‘special assignments.’

During his return to the American lines, Jeremiah Creed captured a British officer to bring back for interrogation.  A British dragoon officer, Major ‘Sandy’ Drummond attempts to retrieve the prisoner but is wounded in the leg by Creed.  Drummond is the same officer who ‘recruited’ the loyalist spy who provided guides around the American army. Creed’s interrogation of his prisoner brings him to the attention of Colonel Robert Fitzgerald, Washington’s chief (and only) intelligence officer.  Fitzgerald is also impressed with Creed and conspires with Washington to use him to learn more about the British plans.
By Kindle or Paperback Here!
To accomplish this, Creed leads a patrol behind enemy lines on a rain swept night.  Although the original objectives are not met, Creed is achieves a coup by finding the British artillery park and sabotaging the gunpowder.  He also determines that the British are planning to bombard the Americans and not attack them immediately as Washington had feared.  He sends part of his force back early with the vital information for General Washington and they are shot by ‘friendly fire’ as American sentries mistake them for the British.  All but one, Corporal Simon Beall, are killed.  Beall, though wounded manages to warn Lieutenant Benjamin Tallmadge that he had a valise with critical information, an officer tasked with supporting Creed’s mission.  Tallmadge finds the valise and returns it to headquarters.

After returning from the night patrol, Creed and his remaining men stay with an American family of Dutch descent, the Braafs. The family sympathizes with the patriot cause, and goes out of their way to make the men comfortable.  Creed has a mild infatuation with the lady of the house, Marta. One of his men, Private Jonathan Beall, falls in love with her daughter, Krista.

After attending a council of war, where Washington gives orders for a night evacuation of Long Island, Creed receives orders to reinforce the First Connecticut Continental Line. That unit had orders to hold the front lines until all other regiments had evacuated back to New York.  While on night watch at the northern end of the defense works, Creed spies a lantern near the coastal swamps.  Suspecting a spy reporting the secret American evacuation to the British, Creed takes two of his men, Private Jonathan Beall and Private Elias Parker, in attempt to stop the spy.  Although he breaks up the meeting, the British spy does report the American retreat to, Major Sandy Drummond.

Creed informs army headquarters that a spy may have revealed their activities to the British.  Based on that, the American evacuation of Long Island increases in tempo.
When the British finally send a flying column to take the American defenses and block any remaining troops from evacuating the Brooklyn ferry landing, Creed and his men fight a valiant rear guard and, cut off, hide at the Braaf farm.  While there, they break up an assault on Braaf’s daughter, Krista.  Because of this, Braaf decides to risk helping them escape so he leads them at night, disguised at British soldiers, to his best friend, Cornelius Foch. Foch owns several boats and reluctantly agrees to help ferry the men across.  On the way to Foch’s Creed takes a detour into Brooklyn and collects information that indicates the British may be planning to land north of New York City, at a place called Kip’s Bay.

Creed and his remaining two men, Beall and Parker, escape to New York, although they are almost captured by the British navy during the attempt. Creed informs General Washington and Colonel Fitzgerald that the British will most likely attack north of the city, and Washington then agonies over his options, one of which is to burn the city.  Still unsure of things, he dispatches Creed and his men, along with some experienced New England seamen, across the river once more to meet with the spy recruited by Fitzgerald, who is Cornelius Foch.  Creed arrives early and in the dark and confusion, picks up the wrong person, Jan Braaf.  Braaf, tried and condemned to death for the killing of the three British soldiers at his farm, was actually the loyalist spy whose messengers guided the British troops around the Americans.  Drummond trumped up the charges against Braaf as a cover to allow him to escape to New York and report, as a fugitive from justice, on the activities of the rebel army. But Creed picks him up, thinking he was Fitzgerald’s spy and Braaf sees an opportunity to deceive the British, as well as the Americans.

However, Braaf is mortally wounded in a violent maritime battle between Creed’s men and Royal Marines who pursue them across a dark East River. Creed takes him, dying, to the Stanley boarding house, where Creed and his men stayed as they prepared for this mission.  Creed has developed a close relationship with Emily Stanley, the daughter of the owner.  Emily, daughter of a loyalist but with Whig ‘leanings’, helps the men and discovers a valise with spy paraphernalia., so suspicion turns on the dying man.  Fortunately for the Americans, Braaf makes a death bed confession and Drummond’s scheme is exposed.

On 15 September, 1776, the British finally launch and attack on New York, precisely where Creed warned they would.  Regardless, Washington is caught by surprise; the failed meeting with Foch on Long Island denied him vital information as to the timing.  During the British advance at Kip’s Bay, Washington’s aide, Lieutenant William Scovel, saves him from capture.  Unbeknownst to anyone, Creed and Private Beall have a pivotal part as well, their timely intervention slows down the British advance just enough fro Washington to flee.

When the British landed, Creed, per Colonel Fitzgerald’s orders, tried to move the still dying Braaf up to heights of Harlem, where the American forces were now moving their defenses.  While Creed intervened to help Washington, Emily Stanley and Elias Parker move the dying spy north along back roads.  Unable to find them in the confusion of the American mass retreat, Creed enlists a young black man as a guide.  After a grueling search they find Emily and Parker captured by a group of pro-British partisans.  Creed and his two companions rescue their friends and kill or wound the loyalist marauders. Braaf however, is now dead and they bury his body so the British will not learn of his demise.

Creed’s success backfires on him as learns that Washington permanently assigned him from his regiment to use him on future secret missions.  He also learns that Emily departed back to her home behind British lines, another bitter disappointment.  However, action against the British is imminent so Creed has little time to despair of his personal and professional fate.  The battle for Harlem Heights would bring him the beginning of new adventures on behalf of his adopted country.

“The survival of Washington’s army – and the new nation – depends on the success of… The Patriot Spy. S.W. O’Connell’s debut novel is filled with action, intrigue and adventure as it captures the birth of a nation in a page-turning, exciting read for the reader by an up-and-coming writer who has so much to offer in the area of historical fiction. Buy it; read it; enjoy it!”
David E. Meadows, author of the Sixth Fleet series.

“Even as Minutemen battled Redcoats during the Revolutionary War, an elite corps of American special operations troops waged a shadow war against the British forces, and episodes from this covert campaign are the thrilling subject of The Patriot Spy.” 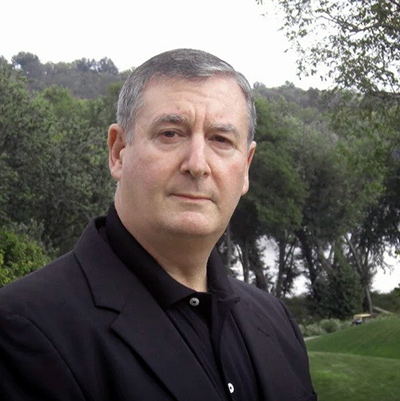 About the Author
S.W. O’Connell is a retired US Army counterintelligence officer with numerous operational assignments, primarily overseas. Since retiring he has served as Counterintelligence Director for several US government agencies. The Patriot Spy combines his expertise in the intelligence field with his long held passion for, and study of military history 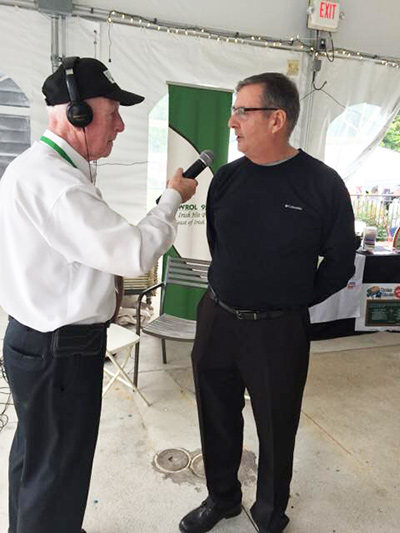