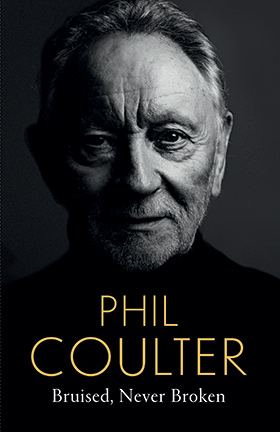 As the composer of some of Ireland’s best-loved songs, not to mention a host of global hits, Phil Coulter has been a mainstay of Irish cultural life for decades. But this is a position that has been hard won, often in the face of extraordinary personal and political upheaval, most of which has, to date, been kept hidden from public view. 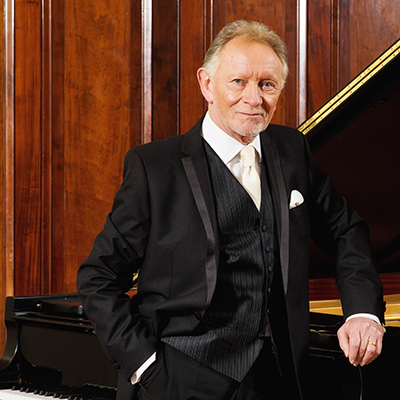 Heartfelt and wry, meditative and entertaining Bruised, Never Broken is the story of the author’s remarkable rise from modest beginnings on the streets of post-war Derry to the summit of the global charts, as a composer and confidante to a host of the era’s biggest stars, such as Van Morrison, Luke Kelly, Cliff Richard and Sandie Shaw.
Buy Book Here!

Poignantly, it is also a hymn to the place that made him, a city as complex and troubled throughout Ireland’s middle decades as any on Earth, yet a source of constant inspiration and consolation.
Phil Coulter is a native of Co. Derry. A producer, composer and arranger, over the course of a five-decade career as a creator and solo recording artist, his work has been widely recognised, earning an impressive list of awards, including 23 platinum discs, 39 gold discs, 52 silver discs, and a Grammy nomination. He lives in Bray, Co. Wicklow.
At 9.58 a.m. on 19 February 1942, 242 Japanese bombers arrived over Darwin, in Australia’s Northern Territory, and delivered 681 bombs, weighing 251,000 pounds. Meanwhile, at 10.37 a.m. in the maternity wing of the City and County Hospital in Derry, Northern Ireland, Nurse Margaret Keyes arrived and delivered a male child, weighing 6 pounds 7 ounces.

While the former event grabbed international headlines, my arrival, although modestly celebrated by my parents, went largely unnoticed by the outside world. That was my cue to start making noise and trying to get attention. And I suppose, in one way or another, I have been doing that ever since.’