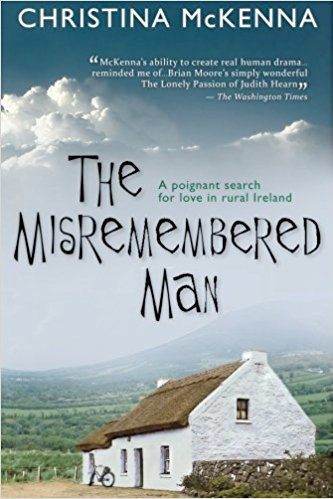 This novel, #1 in the Tailorstown Trilogy, has the distinction of being the most reviewed book by an Irish author—ever. Buy the book!

It's the summer of 1974 and Jamie McCloone—bachelor farmer, accordion player and inheritor of ten acres of poor farmland—is looking for a wife. Poor Jamie: he knows so very little about the fairer sex.

His amiable neighbor, Rose, has spotted a Lonely Hearts advertisement in the local newspaper and believes that marriage to a nice woman will end all Jamie's troubles. For in Rose's world all any man needs is a wife who'll know "her shortcrust from her puff and keep a nice tidy house and be able to bake a scone or two."

Yet Rose cannot know how difficult courtship would be for Jamie, a man who's never known intimacy. Nor does she know of the existence of a little boy who answered to the number Eighty-Six . . . a little boy who suffered horrific abuse in the industrial school where he was abandoned.

The personal ad Jamie answers is his entrance into the world of Lydia Devine. A forty-year-old rector's daughter and schoolteacher, Lydia lives with her widowed mother. Her stern, unyielding father kept Lydia from marrying. Now that he's gone, her domineering mother, fearful she might be deserted, is carrying on where the father left off. She never ceases reminding Lydia of the evils of men. "The only reason I married your father was because he wasn't much into all that bedroom unpleasantness" is one of Mrs. Devine's many well-worn mantras.

The novel plots Jamie's journey toward his momentous first meeting with Lydia. We follow him as, under Rose's guiding hand, he writes letters to her, sets about losing weight, buys a suit, memorizes a recipe for rock buns—and purchases a mail-order toupee.

We laugh at him—and he's good for many laughs—as he strives to become the man he longs to be. But we weep also at his heroic struggle to leave his painful past behind.

Will he, Jamie, with his cavalier attitude to personal hygiene, who lives on a knife edge of emotion with the odds stacked against him, win the hand of Lydia? Will Lydia, immaculately turned out, poised and polite, find in him the man of her dreams? It seems highly unlikely. But the two, as we learn, are not what they seem. And what they discover about each other, whether for good or ill, will change their lives forever.

Christina McKenna grew up near the village of Draperstown, Northern Ireland. She trained as an artist before becoming a full-time author.

Her first book, the memoir My Mother Wore a Yellow Dress, was published to great critical acclaim in 2004. It was described as a "redemptive postscript to over a decade of Irish childhood memoirs, concluding that our past, no matter how painful, need not keep us bound." She updated and revised it in 2014 and it's now available both as a paperback and a Kindle.

The memoir was followed by two nonfiction titles dealing with the paranormal: The Dark Sacrament and Ireland's Haunted Women.

Her next project took the form of a novel, in her opinion the most difficult type of writing. The genesis of The Misremembered Man came to her in a particularly lucid dream—evidence that, in some cases, dreams do indeed come true! Her novel was published in the USA in 2008, and is a tragicomedy set in the fictional village of Tailorstown. It's book one in The Tailorstown Trilogy.

Book two, The Disenchanted Widow, set largely in the same fictional village of Tailorstown and its immediate locality, was published in 2013.

Book three of the trilogy, The Godforsaken Daughter, was published in 2015. It sees a return of several characters from the earlier novels, including Jamie McCloone, the star of The Misremembered Man.

Published on October 12, 2017, The Spinster Wife is a departure for her, it being a gripping, psychological mystery. It features many of the places familiar to readers of The Tailorstown Trilogy. A surprise ending will have even the most astute reader guessing.