The definitive history of the Wild Geese including the Revolutionary War, the French Revolution, and Napoleon's Irish Legion.

Ireland has been a rebellious and troublesome colony since the 12th century English Conquest and the Irish military tradition of soldiering abroad in Continental Europe began after failed rebellions and religious discrimination at home. Following defeat in The Jacobite War (1689-91), which was fought between Jacobite supporters of the deposed Catholic King James and supporters of the Protestant King William, the Irish army withdrew to France in what became known romantically as; 'The Flight of the Wild Geese.' The Irish were formed into units called 'Irish brigades' in France and Spain. There were also Irish regiments formed in Austria, along with a long tradition of Irish service in Bavaria and in Catherine the Great’s Imperial Russia and beyond.
Irish troops took part in most of the defining battles of the 18th and early 19th centuries and served all over Europe, in India, Africa, Canada and alongside General Washington in the American Revolutionary War. Irish Brigades Abroad covers the period from King James II's reign of the three kingdoms of England, Scotland, and Ireland in 1685, until the disbandment of the Irish Brigades in France and Spain. The book looks at the origins, formation, recruitment, and the exploits of the Irish regiments, including their long years of campaigning from the War of the Grand Alliance in 1688 right through to the Napoleonic Wars in 1815. What emerges is a picture of the old-fashioned virtues of honor, chivalry, integrity and loyalty, of adventure and sacrifice in the name of a greater cause. 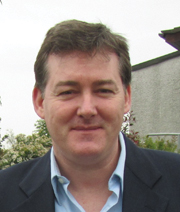 Stephen McGarry is an author and historian and lives in Dublin, Ireland. He spent many years living in Belgium where he discovered its links with Irish history, particularly to the Irish Brigades. He has been researching the subject for many years, both in Ireland and across Europe.

'The book has become the first stand-alone history written in nearly 150 years...and looks at subjects including the first Jacobite Rising, the Flight of the Wild Geese, the French Revolution and Napoleon's Irish Legion.' TheJournal.ie