Ireland, 1959: Young Christopher Hurley is a tinker, a Pavee gypsy, who roams with his father and extended family from town to town, carrying all their worldly possessions in their wagons. Christy carries with him a burden of guilt as well, haunted by the story of his mother's death in childbirth.

The wandering life is the only one Christy has ever known, but when his grandfather dies, everything changes. His father decides to settle briefly, in a town where Christy and his cousin can recieve proper schooling and prepare for their first communions. But still, always, they are treated as outsiders.

As Christy struggles to find his way amid the more conventional lives of his new classmates, he starts to question who he is and where he belongs. But then the discovery of an old newspaper photograph, and a long-buried secret from his mother's mysterious past, chages his life forever... 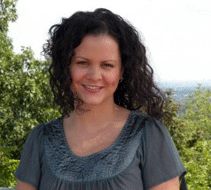 Jeanie Cummins was born in Spain, but grew up mostly outside of Washington DC, in Gaithersburg, Maryland.  After college in Baltimore, she spent several years in Ireland, writing and bartending, before setting off for New York City with a plan to infiltrate the publishing industry. That plan worked a little too well, and she ended up spending ten years falling in love with New York, and its abundant book community. When her first book, A Rip in Heaven, was published by NAL in 2004, she had the wonderfully unusual experience of working as a member of the sales force for her own book.

After her daugher was born in 2007, she left publishing to focus more on family and writing. The Outside Boy is her second published novel. She still lives in New York, with her Irish husband and their family.