This nicely tuned road trip novel from 2009 Amazon Breakthrough Novel Award–winner King begins in Ohio, where April Shea is a pigheaded 14-year-old girl who experiments with pot and constantly squabbles with her single mother, Marcy. Together, Marcy and April care for Marcy's 79-year-old father, Bill, a Korean War vet and retired salesman now suffering from Alzheimer's.

Bill has his heart set on bringing his family together for a reunion, but with this looking ever unlikely—his two sons are perpetually out of the picture—Bill and April take off for California, where April plans on joining a band and Bill imagines he can force a reunion. Along the way, April fends off the lecherous creeps, Bill slips increasingly into his mental twilight, and Bill's children rise above their family dysfunction and band together. The spirited interplay between the gruff but wounded Bill and the perhaps too precocious April provides the most sensitive scenes in this enjoyable first novel. 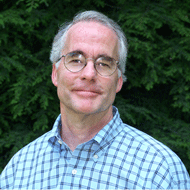 James King grew up in the town of Lakewood, Ohio, the sixth of nine children. He eventually went on to graduate with a degree in American Studies from the University of Notre Dame, earned his Masters in Writing from Manhattanville College and worked primarily as a freelance writer for various publications. Bill Warrington's Last Chance is his debut novel. He currently lives in Connecticut with his family.