Compact, careful, thoughtful and even wary, the second book of verse from Laird (who grew up in Northern Ireland and lives in London) gives the U.S. a fine representative of what younger mainstream British poets are doing right now.

Like his peers, Laird writes shapely stanzas organized by description and sometimes by half-rhymes; he owes much to Glyn Maxwell or Paul Muldoon, though less so compared to his debut To a Fault. Here the tone is sadder, more civil, more often weighted by historical subjects. Also a novelist, Laird does best with historical personae: medieval actors in a morality play, for example, or soldiers who liberate a concentration camp, describing mass murder's aftermath with uncanny reserve. Even at his most personal, Laird feels the shadow of current events: he concludes with a set of short poems called "The Art of War," in which the blisses and troubles of two adults remind him all too much of the public world. In "Terrain," the snow on TV reminds him of the cloud of electronic data through which the government (like a malevolent boyfriend) may watch us as we sleep: you'd been watching a property show and had dozed, and now the screen was frantic, driving home through snow, alone. 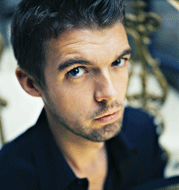 Nick Laird is a poet, novelist, and critic from Northern Ireland. He studied English at the University of Cambridge, then went on to work as a litigator for several years. Nick has won many awards and prizes for both his fiction and poetry. He currently writes a column for The Guardian, and his essays, poems, and reviews have appeared in many journals and newspapers on both sides of the Atlantic.