Erin Hart's Haunted Ground was one of the most praised mystery debuts in recent years, and its follow-up, Lake of Sorrows, also received outstanding acclaim. Now Hart combines her page-turning storytelling skills and deep knowledge of Ireland and Irish myth with a Minnesota setting close to her heart.

Nora Gavin remains haunted by a cold case that nearly cost her sanity five years ago: her sister Tríona's brutal murder. After failing to bring the killer to justice, Nora fled to Ireland, throwing herself into her work and taking the first tentative steps in a new relationship with Irish archaeologist Cormac Maguire. She's driven home by unwelcome news: Tríona's husband—and the prime suspect in her murder—is about to remarry. Nora is determined to succeed this time, even if it means confronting unsettling secrets. As she digs ever closer to the truth, the killer zeroes in on Tríona's young daughter, Elizabeth.

Back in Ireland, Cormac Maguire heads north to visit his ailing father, and hears the tale of a local woman who vanished a hundred years ago. Was she a seal-maiden who returned to the sea, or was some more sinister force at work in her disappearance?
Caught up in parallel mysteries, Cormac and Nora wrestle with identity, suspicion, truth and falsehood, and of course the biggest riddle of all—will they have a chance at a life together, or will tragedies of the past continue to keep them apart? 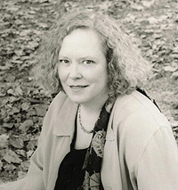 Erin Hart writes a series of archaeological crime novels set in the mysterious boglands of Ireland. After graduating with a theater degree from Saint Olaf College, she earned an M.A. in English and creative writing from the University of Minnesota-Minneapolis, while working as an arts administrator, journalist, and theater critic.

Erinís debut novel, Haunted Ground, 2003, introduced readers to pathologist Nora Gavin and archaeologist Cormac Maguire and continued their story in her 2004 novel Lake of Sorrows. In March 2010, Erin sought the return of her beloved characters in the third novel of her series, False Mermaid.

She lives in Saint Paul with her husband, Irish button accordion player Paddy OíBrien, with whom she frequently visits Ireland, carrying out essential research in bogs and cow pastures and castles and pubs.