Deck the Halls (first published in 2000) was the mother-daughter duo's first collaborative effort, a brilliant story of high-stakes intrigue and detection played out against a holiday setting. Christmas is only three days away when Regan Reilly, the dynamic young sleuth featured in the novels of Carol Higgins Clark, accidentally meets Alvirah Meehan, Mary Higgins Clark's sharp-witted lottery winner turned amateur sleuth, at a New Jersey dentist's office. When a call comes through on Regan's cell phone notifying her that her father and his driver, Rosita Gonzalez, are being held for $1,000,000 ransom, Alvirah insists that Regan allow her to lend a hand in gaining their release. Complicating the situation is the fact that Regan's mother, the famous mystery writer Nora Regan Reilly, has just been hospitalized with a broken leg, and a brutal winter storm is bearing down on them all. Regan must comfort her mother while trying to meet the harsh demands of her father's kidnappers, who are not just rank amateurs but also laughably inept -- making them all the more dangerous and unpredictable.

In The Christmas Thief (2004), Alvirah and Regan team up again to investigate another kind of kidnapping. When an eighty-foot blue spruce is chosen to spend the holidays as Rockefeller Center's famous Christmas tree, the folks who picked the tree have no idea that attached to one of its branches is a flask chock-full of priceless diamonds that Packy Noonan, a scam artist just releasedfrom prison, had hidden there over twelve years ago. When an excited Packy breaks his parole and heads to Stowe, Vermont, to reclaim his loot, he discovers that his special tree will be heading to New York City the next morning, so he and his bumbling crew have to act fast. Meanwhile Alvirah Meehan and Regan Reilly happen to be on a weekend trip to Stowe with their families when they learn that the tree -- and Alvirah's friend Opal, who won the lottery, but lost all her winnings in Packy's scam -- has gone missing.
With two novels filled with twists and turns, intrigue and danger, as well as a hearty dose of good cheer, Mary Higgins Clark and Carol Higgins Clark offer stories that are as breathlessly suspenseful as they are heartwarming Christmas classics for many holiday seasons to come. 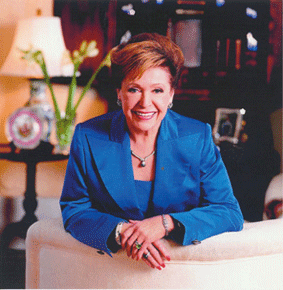 She is co-author, with her daughter Carol Higgins Clark, of three suspense novels Deck the Halls (2000), He Sees You When You're Sleeping (2001) and The Christmas Thief (2004).

Two of her novels were made into feature films, Where Are the Children? and A Stranger Is Watching. Many of her other works, novels and short stories, were made into television films.

Mary Higgins Clark's fame as a writer was achieved against heavy odds. Born and raised in the Bronx, her father died when she was eleven and her mother struggled to raise her and her two brothers. On graduating from high school, she went to secretarial school, so she could get a job and help with the family finances. After three years of working in an advertising agency, travel fever seized her. For the year 1949, she was a stewardess on Pan American Airlines' international flights. "My run was Europe, Africa and Asia," she recalls. "I was in a revolution in Syria and on the last flight into Czechoslovakia before the Iron Curtain went down. After flying for a year, she married a neighbor, Warren Clark, nine years her senior, whom she had known since she was 16. Soon after her marriage, she started writing short stories, finally selling her first to Extension Magazine in 1956 for $100.

Left a young widow by the death of her husband from a heart attack in 1964, Mary Higgins Clark went to work writing radio scripts and, in addition, decided to try her hand at writing books. Every morning, she got up at 5 AM and wrote until 7 AM, when she had to get her five children ready for school. Her very first book was a biographical novel about George Washington, inspired by a radio series she was writing, "Portrait of a Patriot." Originally published in 1969 by Meredith Press with the title Aspire to the Heavens, it was discovered years later by a Washington family member and re-issued in 2002 with the title, Mount Vernon Love Story.

Mary Higgins Clark's first suspense novel, Where Are the Children? was published by Simon & Schuster in 1975. It became a bestseller and marked a turning point in her life and career. It is currently in its 75th edition in paperback and was re-issued in hardcover as a Simon & Schuster classic.

She is # 1 fiction bestselling author in France, where she received the Grand Prix de Literature Policière in 1980 and The Literary Award at the 1998 Deauville Film Festival. In 2000, she was named by the French Minister of Culture "Chevalier of the Order of Arts and Letters."

Active in Catholic affairs, Mary Higgins Clark was made a Dame of the Order of St. Gregory the Great, a papal honor. She is also a Dame of Malta and a Lady of the Holy Sepulcher of Jerusalem. She received the Catholic Big Sisters Distinguished Service Award in 1998 and the Graymoor Award from the Franciscan Friars in 1999. Honors she has received include the Gold Medal of Honor from the American-Irish Historical Society (1993), the Spirit of Achievement Award from the Albert Einstein College of Medicine of Yeshiva University (1994), the National Arts Club's first Gold Medal in Education (1994), the Horatio Alger Award (1997), the Outstanding Mother of the Year Award (1998), the Bronx Legend Award (1999), the 2001 Ellis Island Medal of Honor, the Passionists' Ethics in Literature Award (2002), the first Reader's Digest Author of the Year Award 2002 and the Christopher Life Achievement Award in 2003. She is an active advocate and participant in literacy programs.

In 1996, Mary Higgins Clark married John Conheeney, the retired Chairman and CEO of Merrill-Lynch Futures. They live in Saddle River, New Jersey. Between them, they have sixteen grandchildren -- Mary's six and John's ten.