In this first detailed history of Irish dance in the diaspora, Flanagan gives a fascinating account of the art form in one of its most important urban centers of practice - Chicago.

Beginning with its appearance at the World's Columbian Exposition of 1893 to the emergence of world-renowned Chicago performers/choreographers such as Michael Flatley and Mark Howard, she describes the teachers, schools and performances that contributed to making the city an international center of Irish dance.

From John McNamara and Pat Roche in the first half of the twentieth century to Marge and Dennis Dennehy in the second, Flanagan takes us on a journey that is distinctly Irish, yet unmistakably American. 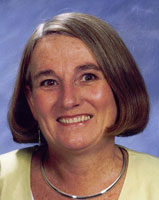 Kathleen Sullivan Flanagan, a native of the Chicago area, has been living in Winona, MN for the last 38 years. She is an associate professor of theatre and dance at Saint Mary's University of Minnesota. Additionally, for the past 37 years she has directed the Flanagan School of Irish Dance in Winona, and has been a registered teacher (T.C.R.G.) with the Irish Dancing Commission in Dublin since 1976. Flanagan took dance lessons from the legendary Chicago teacher, Pat Roche, and began research into the history of Irish dance in Chicago as part of her doctoral dissertation. Several years ago she decided to expand her research and the result is Steps in Time: The History of Irish Dance in Chicago.

Flanagan is a graduate of Regina Dominican High School in Wilmette, Illinois. She received her B.A. from the University of Dayton, an M.A.T. from Saint Mary's University of Minnesota, and a Ph.D. from the Union Institute in Cincinnati, Ohio. She has made numerous presentations on Irish dance both nationally and internationally.

Most recently, as part of the new dance minor at Saint Mary's University, Flanagan helped create a track in Irish dance. The courses are based on the information and skills needed for taking the T.C.R.G. exam with the Irish Dancing Commission, An Coimisiun le Rinci Gaelacha.

"Kathleen Flanagan's book is meaningful, insightful, and a significant contribution to the field of Irish dance history. No other city, either in Ireland or North America, has been so well documented. It is a valuable resource for dance enthusiasts and researchers alike. The Irish dance community is fortunate to have such a wonderful work."
-Dr. John Cullinane, Irish Dance Historian

"Kathleen Flanagan has long been a teacher and advocate of Irish dance, and one of the most important voices to share the history of Chicago's role in the development of this beautiful art form."
-Mark Howard, Founder and Director, Trinity Academy of Irish Dance

"Flanagan has constructed one of the few local histories ever written on any form of dance in diaspora. This fusion of the global and the local is of relevance not only to those interested in Irish dance, but also to Dance History and Performance Studies in general."
-Dr. Moe Meyer. University of New South Wales, Sydney