Allow me to introduce myself, my name is Jim Corbett and I originally hail from Limerick City.  I have recently written a book about my grandfather and his adventures during the Irish War of Independence and the Irish Civil War, entitled Not while I have Ammo. During the Irish Civil War between the 15th and the 20th July 1922, the Republican-held Strand Barracks in Limerick, on what is now Clancy’s Strand, came under constant ferocious attacks from Free State troops.
Buy the Book!

They attacked the barracks repeatedly with armoured cars, and a non stop bombardment of sniper, machine gun and mortar fire. All attempts to capture the barracks were resisted fiercely by the brave men inside. Finally, when everything else failed to dislodge these gallant men, the Free State turned an 18-pounder Artillery Gun on the barracks. This was the only time a siege gun was used in Limerick since the siege of 1691. The officer in charge was told to surrender the barracks or be held responsible for the loss of life. His response was "he would not surrender while he had still had ammunition".

Firing commenced shortly afterwards from around a hundred and fifty yards across the Shannon from Arthur's Quay. The bombardment lasted for several hours until the Barracks' four foot front walls had been breached in front and by the nineteen shells fired. The officer in charge still did not surrender. The gun was then moved across the Shannon to the rear of the Barracks and then another fourteen more shells were fired and a second breach in the rear of the barracks was made.

The men inside were surrounded, cut off from the rest of their comrades, outgunned and outnumbered. They had withstood everything the Free State had thrown at them; realistically there was no real point in continuing as further resistance would have led to needless loss of life. In order to spare the lives of his men, the officer in charge surrendered. After he surrendered, he was complimented by the Free State Officer in charge Commandant General Michael Brennan on the magnificent defence he put up, and was offered third in command on his staff should he come over to the Free State side.

The Commanding Officer of the Strand Barracks was called Captain Cornelius McNamara of 'A' Company, 2nd Battalion, Mid-Limerick Brigade, but was known to his men as Connie Mackey. Connie was one of a golden generation of unselfish Irishmen with high ideals who were prepared to risk and endure everything for the sake of their country and countrymen.

The reason I wrote the book was that I wanted to give him a place in history that I felt he deserved, and to give back to the people of Limerick and Irish people in general the story of one of their gallant sons. 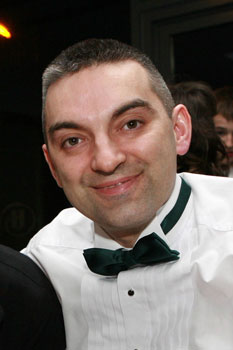 Jim Corbett was born and educated in LimerickCity. He

left Limerick after secondary school and moved to Croydon,

England in 1988, where he still lives. He briefly studied

Business in London and has spent the past twelve years

Working in the telecommunications industry in London. While

Working for Vodafone, he wrote the Vodafone Music Club

Weekly Magazine. He began writing in 2005 and is very